A downloadable game for Windows, macOS, and Linux

You wake up, dazed… with no memories. While asking yourself where and how you got there, a strange voice breaks through the silence: “Hey there, bud”. Under the threat of unstable individuals hunting you down, the only chance of escape is to listen to the voice… 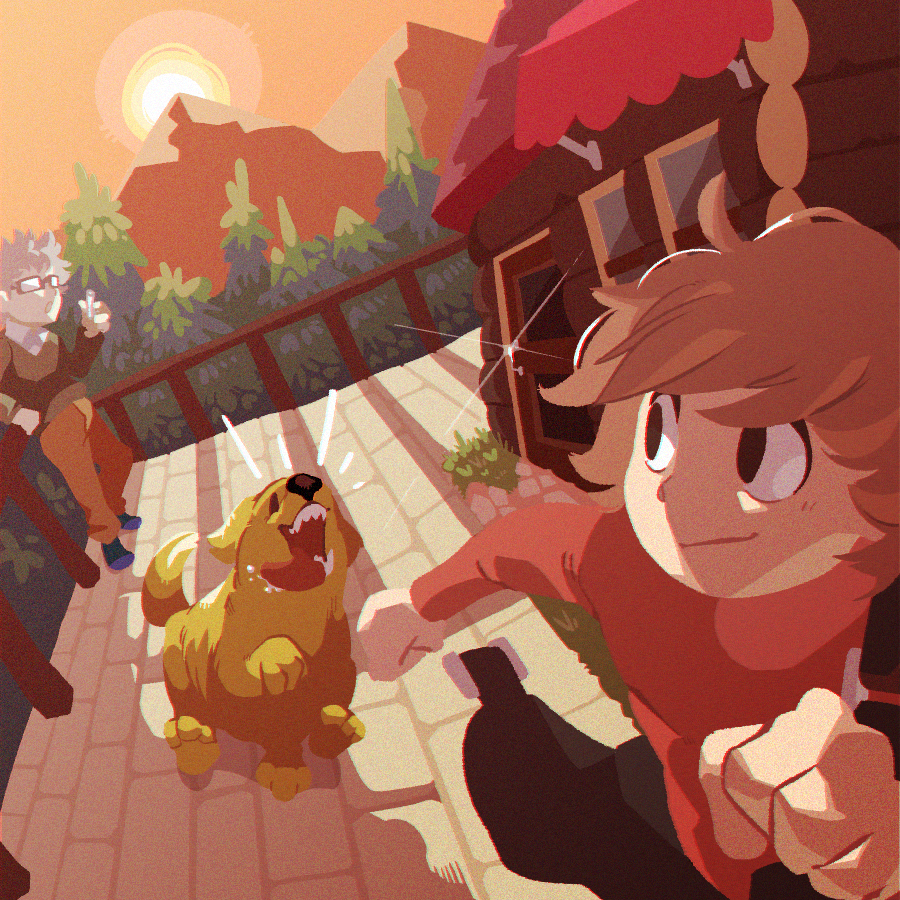 The game was successfully FUNDED!!

Bittersweet Birthday is an action game where every combat encounter is a challenging and unique fight. You can also explore different areas and help many of the NPC populating them with their everyday struggles while learning more about the world and its history.

This release is but an early demo/preview of what's to come, we hope you enjoy it and cheer us on as we continue with the development.  Our aim is to keep improving this slice of the game for a crowdfunding campaign, which would allow us to complete the whole thing.

Stay in the Loop!

If you want to give us your feedback or just share your thoughts (or report any bugs you encounter) feel free to join our Discord server here! You can also leave a comment down below or rate the game!

For Mac, if you try to open the game it will get blocked by the OS. You'll need to go on the Security & Privacy window, General tab, and click on open anyway.

On windows, you'll probably need to allow it to "run anyways", as it will probably detect it as "unverified developer".

Good game but the difficulty curve is so steep

This game is overall really fun is it still being worked on? Haven't heard or seen a lot of people talking about it lately.

Hey! The game is most definitely being worked on! We are just a quite bunch lol Glad you liked it (:

i love this game so much but i cant beat the first boss :( i've tried so much haha we'll get it sometime thoooo...... 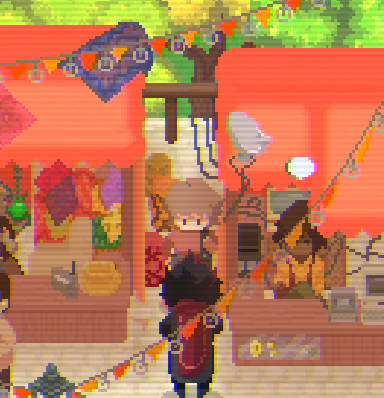 Stuck here too but I saved the game after .... I want to cry right now

I really like the game, but I can't defeat the first boss no matter how many times I try...

But I was stubborn and persevered, tho to no avail.... I died so many times there, more than I'd like to admit ig.... o(TヘTo)

i got stuck between the stalls :(

Oof, sorry about that! Which ones specifically if you don't mind?

left to right, top to bottom, the 1st and 2nd stalls

I really love how polished the game already is, especially from an animation and UX point of view. I struggled a LOT with the first boss though, it's painstakingly difficult for a tutorial level, even if you know the patterns... you really have to hope you can pass the "see if you can dodge this" phase with enough HP to survive the rest! I noticed in one of Rocc's first appearances, he's identified as Rocc and not "???". There's also a typo in "existence" in that scene: 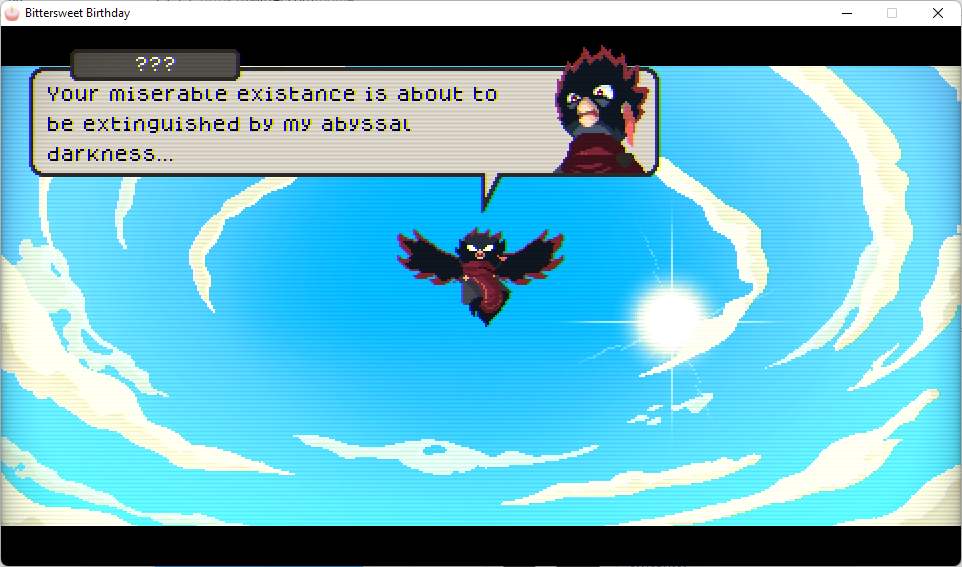 Great work, and congratulations for doing it with Godot - really excited to see what comes next, and this will definitely become a quality target to meet for my own Godot games.

Everything is praisable except for the attack patterns. You can tell that the devs don't know what they're doing in that regard and just saw a bunch of fancy bullet hell games with actually complex thought-out patterns and decided to chop up all of those ideas to make one Frankenstein spaghetti pattern.

It genuinely baffles me that the developers decided to combine very fast-paced attacks that require you to maneuver the battlefield with attacks that limit where and how you can move. Get very used to dodging widespread, directed, randomly generated, and lasting attacks that disrupt the battleground all at the same time with no way to heal! Don't forget you have to multitask that while attacking the enemy or else you can't progress!

Disappointed, because everything else is great except for the main aspect of the game, which is the gameplay.

EDIT: I take back everything said above, you can pet the dogs.

Very nice game. I enjoyed it a lot. Though the first fight seems a bit too hard for a first boss. But I am sure experienced bullet hell players can beat that. Also what is the "second memory"? Also I like it when games are quite hard so they don't just let the player waltz on through and win. Although I would suggest that you guys please tweak the first fight a bit to make it easier.  Also, adding a feature that will let you replay fights would be a cool thing. Toodles~

POSSIBLE SPOILER ALERT, DON'T READ IF YOU'RE NOT INTERESTED IN KNOWING WHERE THE SECOND MEMORY IS AND WANT TO SEARCH FOR IT YOURSELF

To get the second memory, you have to go back to the place where you first woke up at the start of the game (  ＾◡＾)

I did a video....Wow that boss battle

Keep up the great work.
Reply
belo1 year ago(+2)

its a bit confuzzling how it takes the calm gameplay at the beginning and then thrusts you into an epic mega boom boom kablam boss fight, but otherwise sheesh 10/10

Yep, this is fire

hey is the a way to unlock the second memory in the demo or not?

Yup, just gotta be reaaaaally thorough and do some backtracking (:

nothing got it did right thing but at wrong place

hey!! that ending!!!! wasnt okay!!!!!! my poor heart ç-ç and now i gotta wait until the games done??? yall are cruel!!! the game is awesome but yall are actually cruel!!!! pls say syke right now let them be okay ç-ç

The story has already got me hooked and I can't wait to find out more . Tip: make sure to check on the teddy bear in the hospital wing, it might be lonely ;)

I'll admit I had a really hard time with the boss level, and I felt a little better seeing the comments that others were too, so at least it wasn't just me. I have a whole second episode that is just me failing over and over (still not beating bird guy) but I feel like it's still doable. I'm getting the impression that this isn't about grinding experience and preparing for boss fights and more about learning fight patterns to just barely scrape by. So it may take a few more trys than anticipated but boy, will I deserve that win when I get there.

I also got my titles mixed up and just realized this game goes on after this fight, so this may become a bit of a series for me, haha. Can't wait for the full game to come out! Good luck World Eater!

So I just started playing this yesterday and really like the atmosphere it set right off the top. "Abandoned Lab" theme has been one of my favorites since I was a kid.

The is one kick ass mask the person on the title screen has! I was like, "Holy cow!"

I really liked the demo of this game! It was so cool! Are you guys working on the full game soon?

Yup! We just got funded on Indiegogo and have already started working on the rest of development! (:

i’m quite intrigued by the ending.. 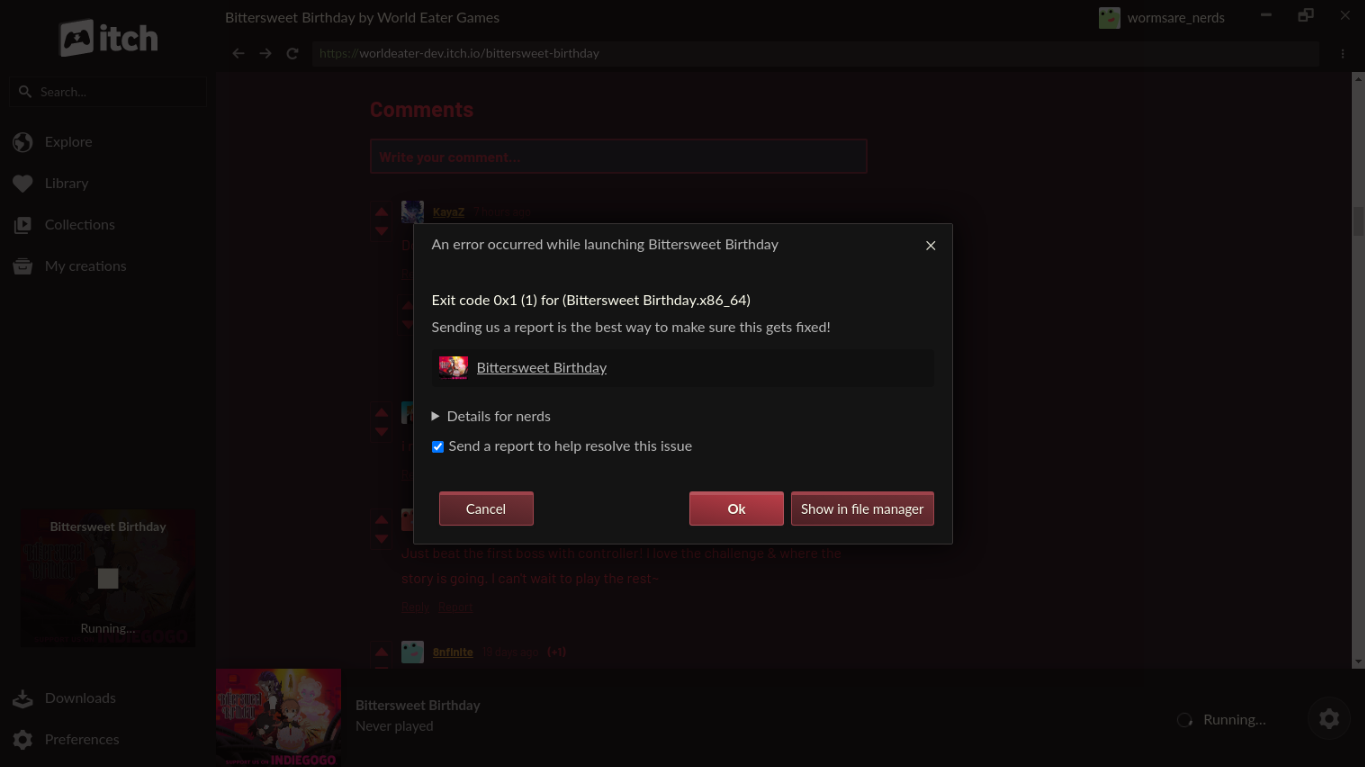 it wont work idk what the problom is tho

Hm that's weird. Is your device 64-bit? If it is could you please try to download the game from the itch website rather than the app and see if that works?

Does it work on 32-bit devices?

Not the current build, sorry!

i really think this game is cool

Just beat the first boss with controller! I love the challenge & where the story is going. I can't wait to play the rest~

omg this game it's so beatiful

You weren't able to move with A and D? That sounds like a bug...We'll be checking it out.

just finish the demo this game is really difficult and fun both at the same time looking forward to the final project :D

Made another new video

Made a new video

Really interesting game, reminds me of like a modern version final fantasy, nice story so far and looking forward to see the future plans for this game. Feel free to check my video out if you want to see how it is

I love the graphical style of this game and the boss battle was very fun. Great game! Look forward to whats next.

I LOVE THE DYNAMICS OF THE GAME! The story and design with that pixel art is amazing, I was surprised that it is in development, and wasn't a demo. Btw, I am a native Spanish speaker, I have experience with translations as well. So, let me know if you are interested in the translation of the game. The price of course doesn't need  to be monetary. Once again, fantastic work!! <3 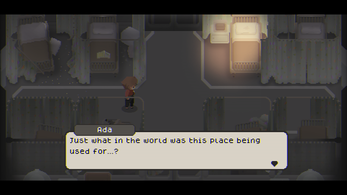 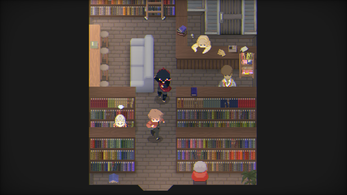 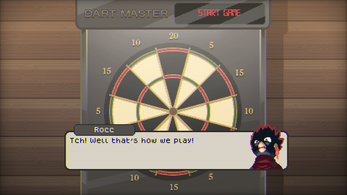